About the header of this site: Le Paradis (et ses musiciens) du Tintoret

Wherever I go I just love seeing visuals of music in art. Statues on cathedrals and temples, stained glass windows, paintings. You find them everywhere, and they are a great source of information. The header image of this site is a detail from a painting by Jacopo Robusti (real name Jacopo Comin, but better known as the ‘Tintoretto’), the extremely prolific and skilful Venetian painter who lived in the 16th century and painted mainly religious scenes. In the centre of the painting we see a number of musicians, below I have reproduced the whole painting as well as some blowups of details. I leave it to the organologists and historians to determine the instruments. But it is interesting that the scene, ‘The crowning of the virgin’, also referred to as ‘heaven’, or ‘paradise’, is so prominently accompanied by this small ensemble. Noticeable is the typical ease and dynamism with which Tintoretto has put the ensemble together. I went specially to Paris in October 2013 to take photo’s of the painting, as earlier pictures I took and internet stuff wasn’t too great. And then I revisited Venice in December, to look at the real Paradise, for the Louvre version is supposedly a preparatory sketch for the big image in the main hall of the Doge’s palace. However, as I had vaguely remembered but still wanted to check, the much bigger painting in Venice doesn’t have any musicians. I wonder…

Above: overview of the painting (source: http://thepinesofrome.blogspot.nl/2012/02/tintoretto-arrives-in-rome.html)
Below: details from the music ensemble, photos Wim van der Meer, 2013 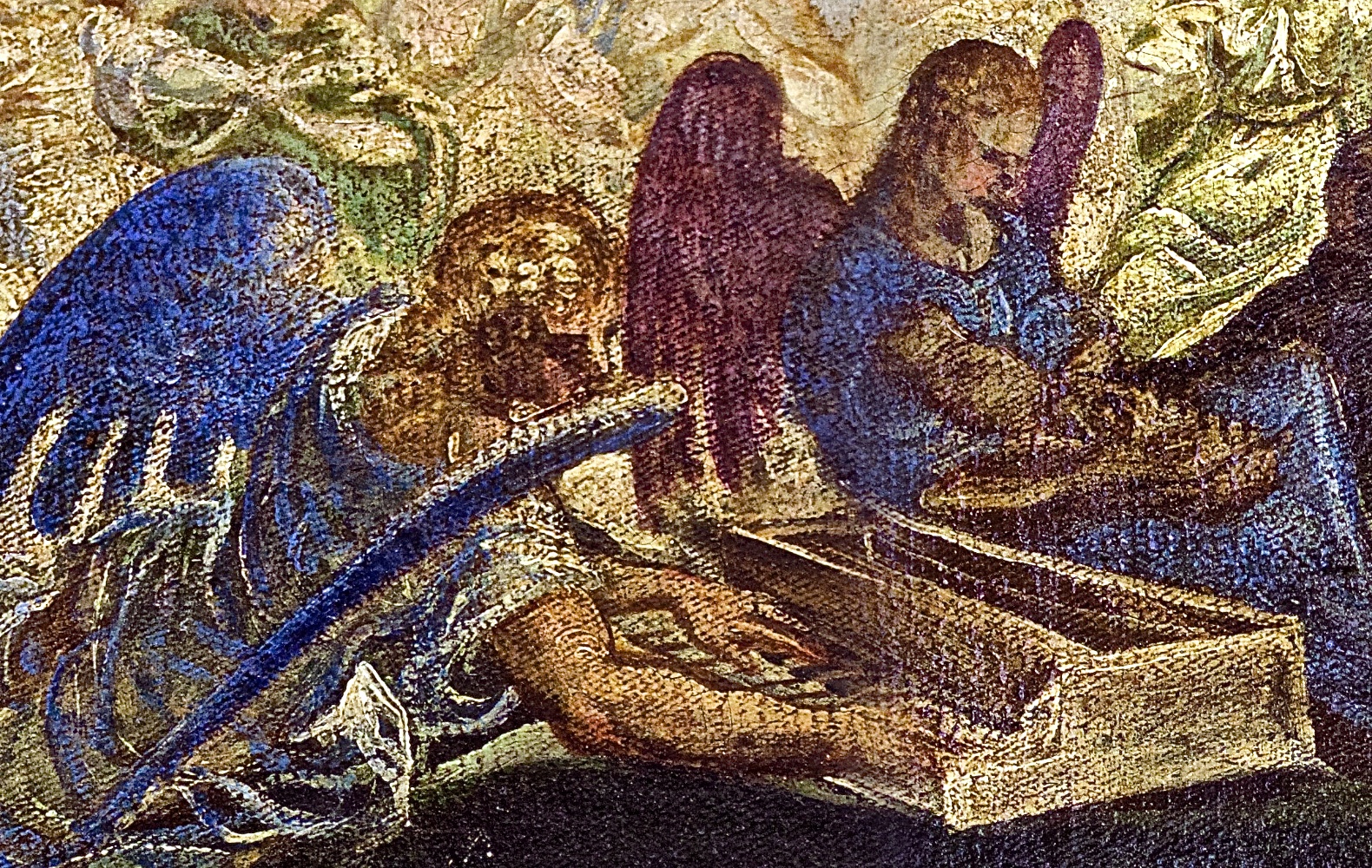 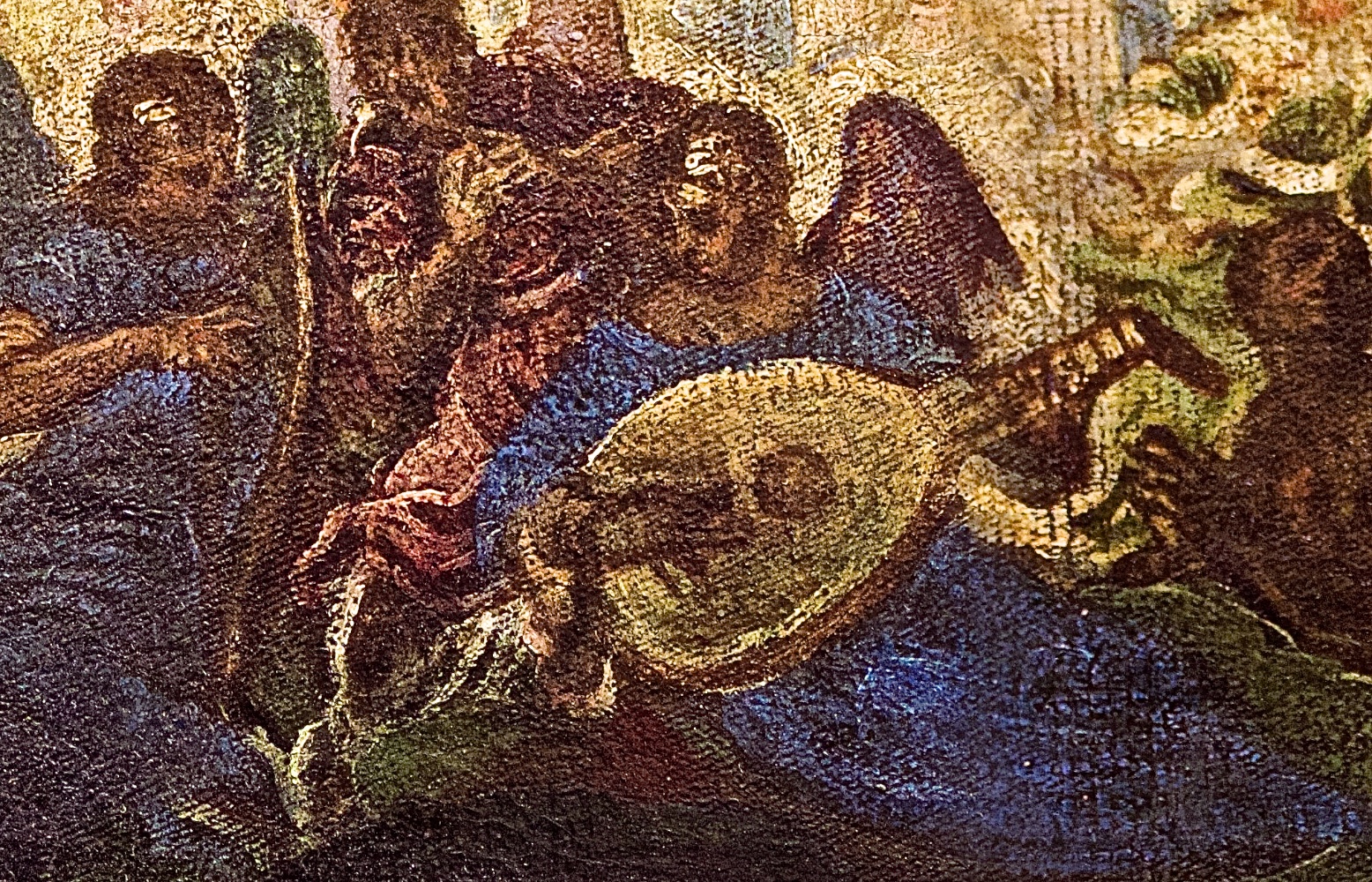 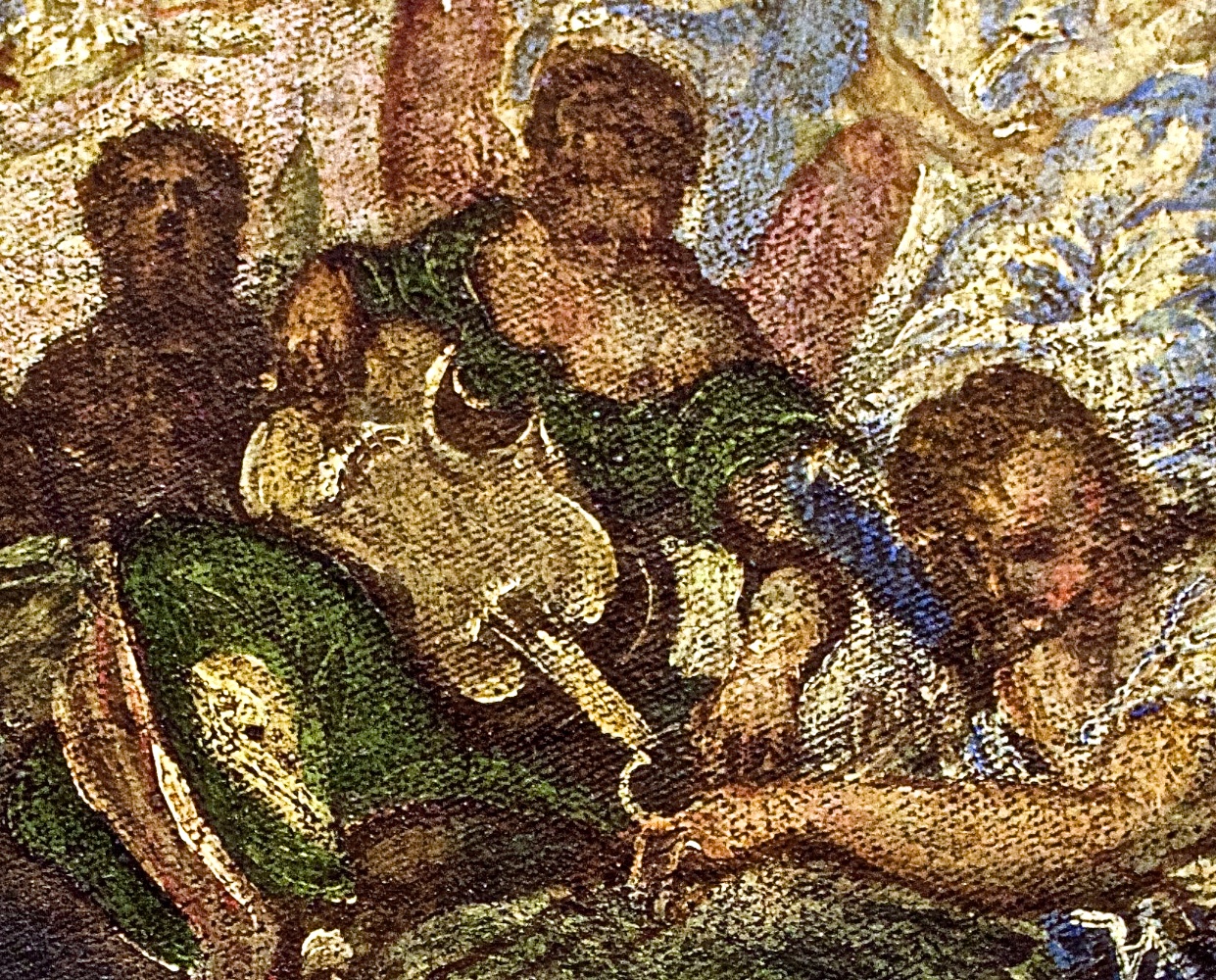